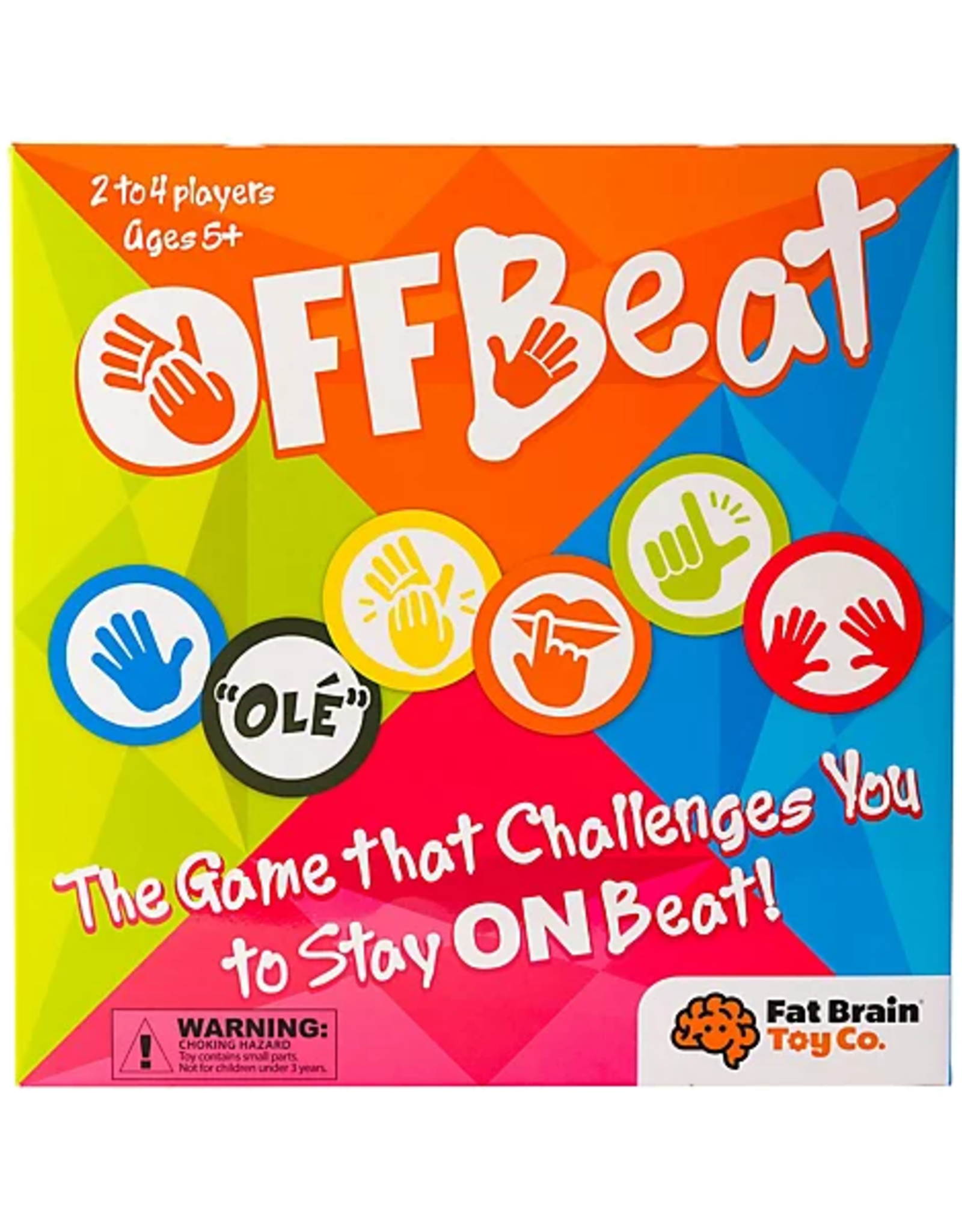 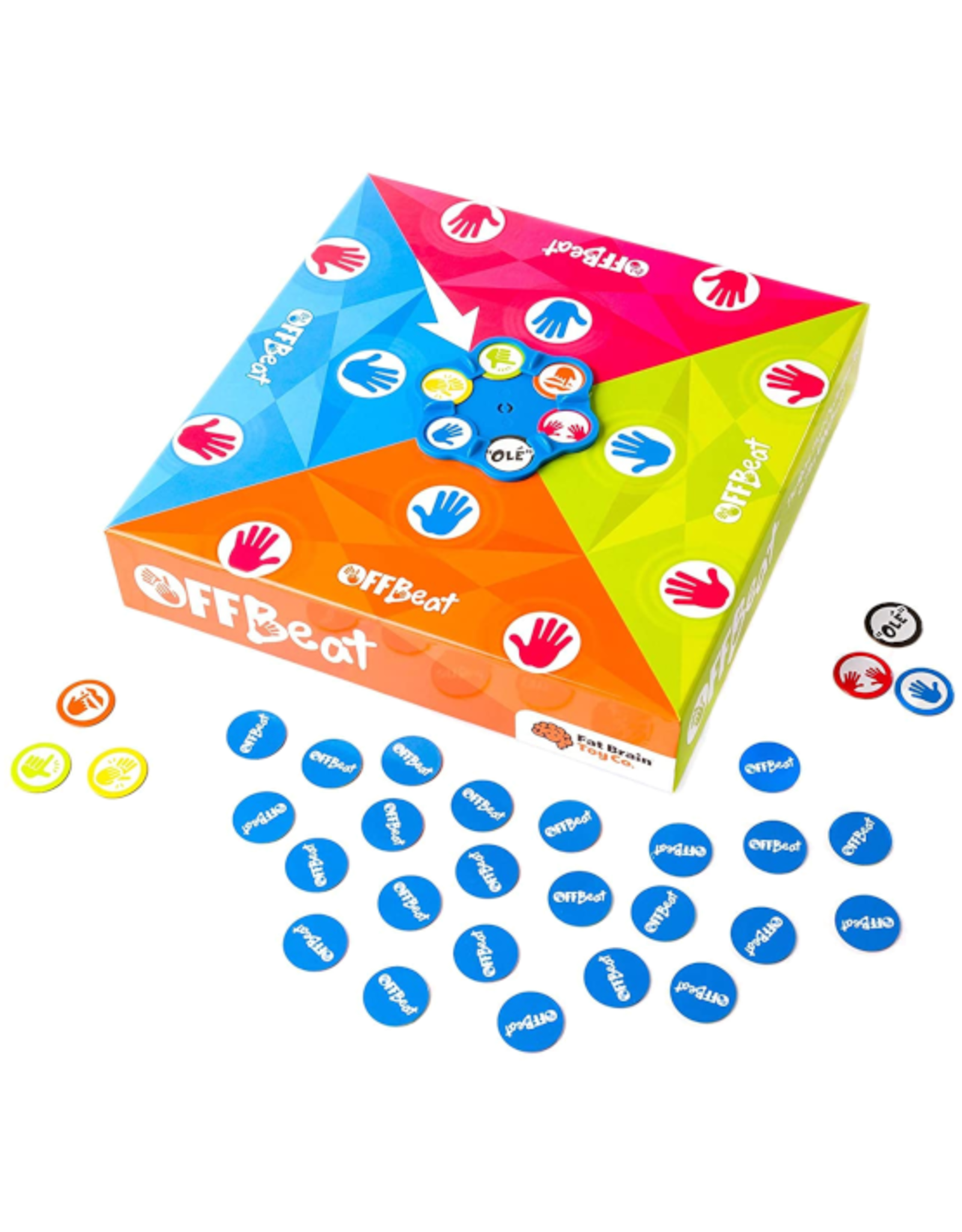 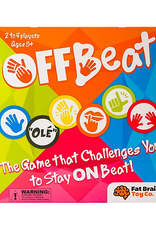 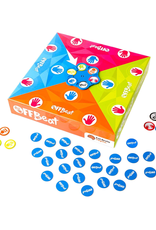 If you can't keep the beat or you make a mistake? Then you're out. It takes just one mistake to be kicked out of the 'band'. So you better keep the beat, if you want to win.

Offbeat is fun an a challenge for the entire family - or for the class room! It's a party game were you can rhythmically beat the drum.

additional comment
The game comes with a spinner with six holding spaces for counters. There are 6 types of counters: beat (1 hand), beat (2 hands), clap, silence (pause), finger snap and shouting "Olé". Six counters are randomly inserted. The spinner decides where to start the cycle. So 1 cycle could be beat(1)-beat(1)-"Olé"-snap-beat(2)-beat(1)-clap.
All the players together now have to perform this. When 1 makes a mistake or doesn't keep the beat with the rest, he's out. The rest continues till 1 is left. He chooses 1 counter, removes it and replaces it with a random new one.
Game ends when 1 player has collected 6 counters.

Players should use the box as drum. The box even comes with a drum snare mounted in the lid. 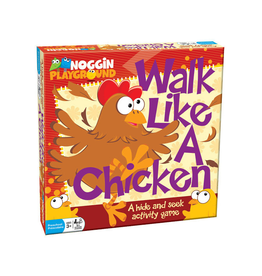 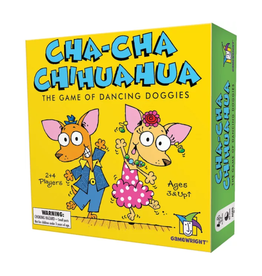 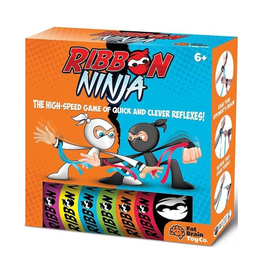 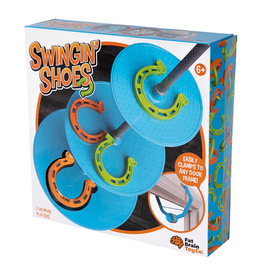 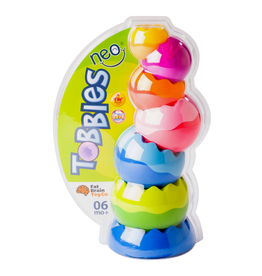