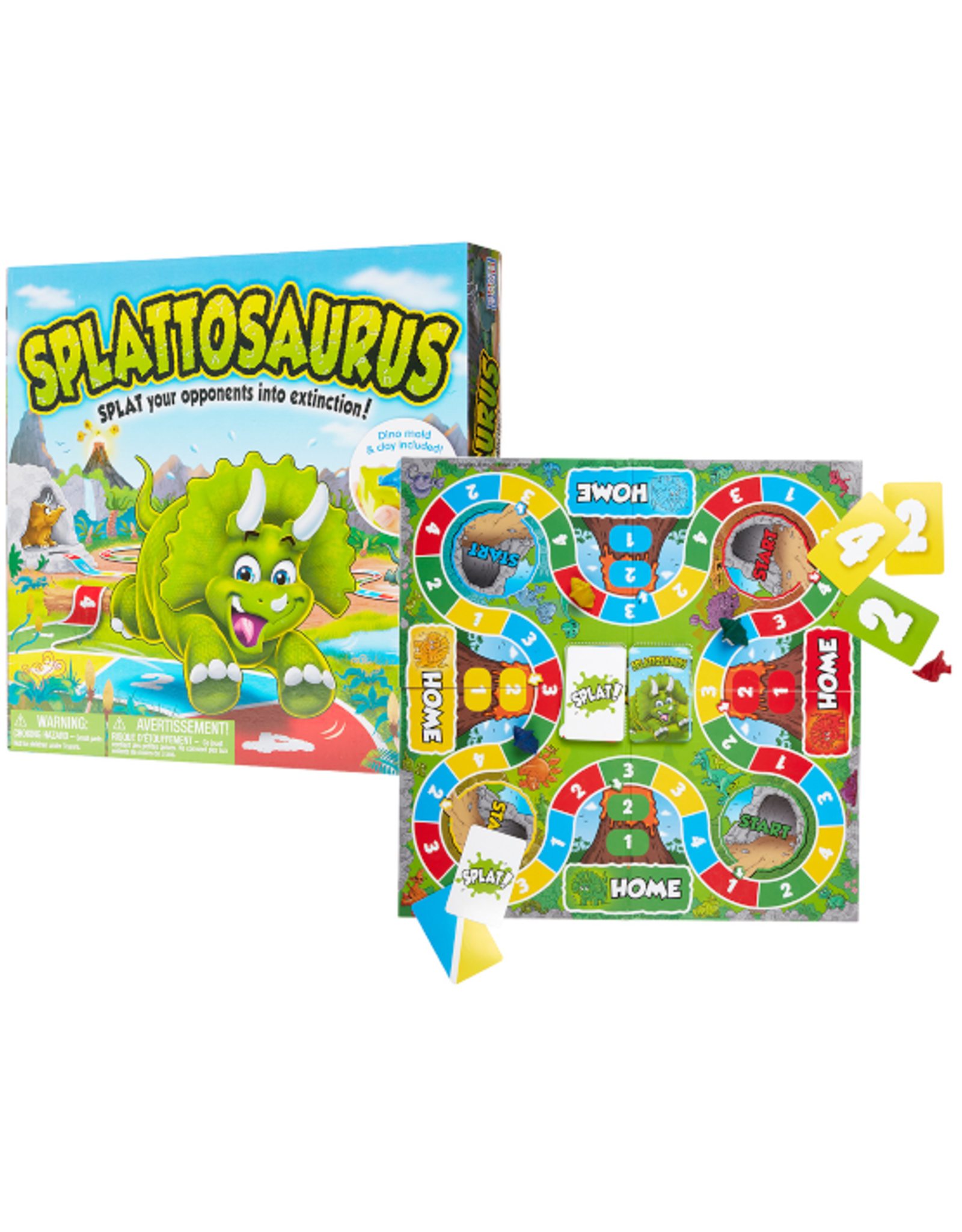 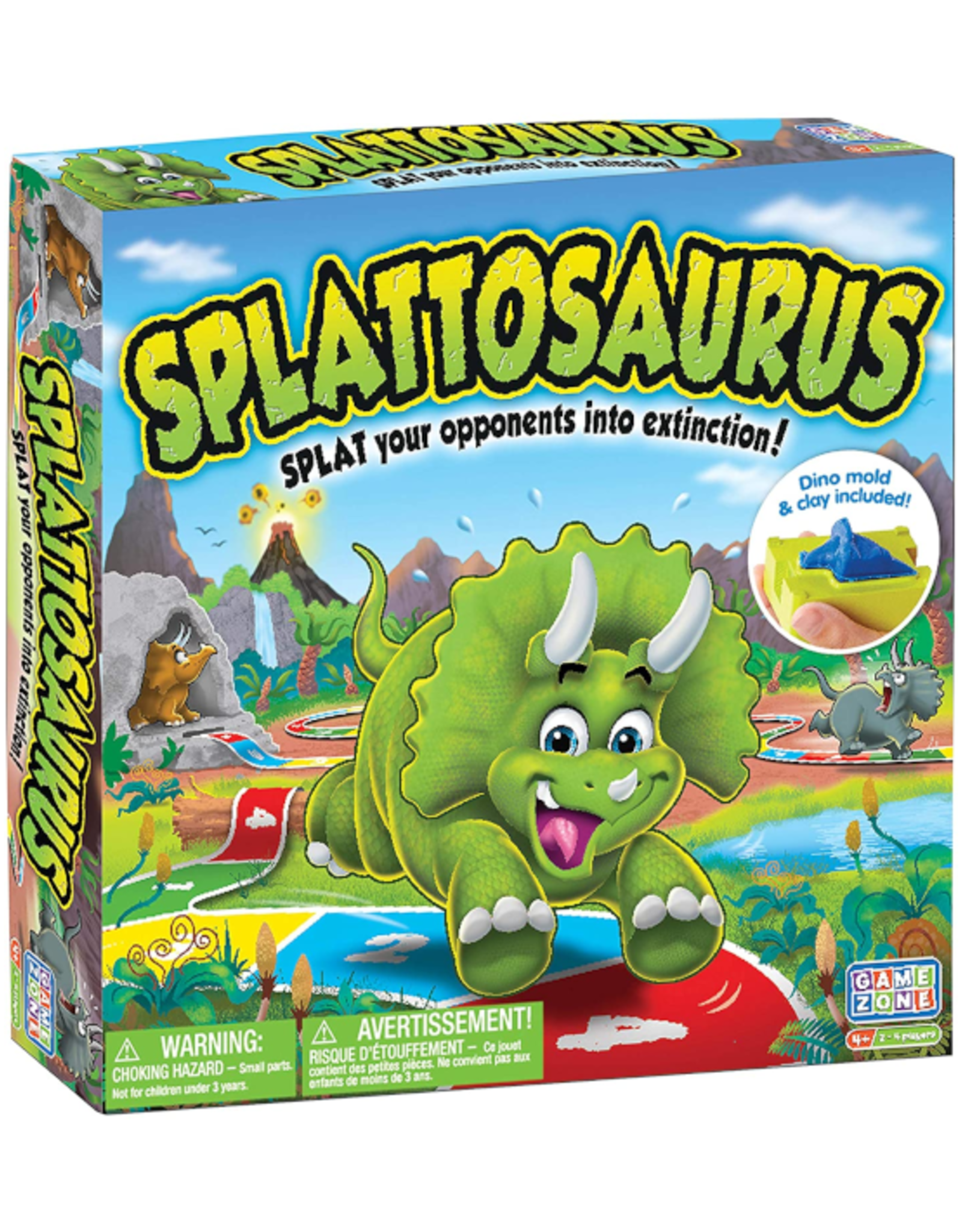 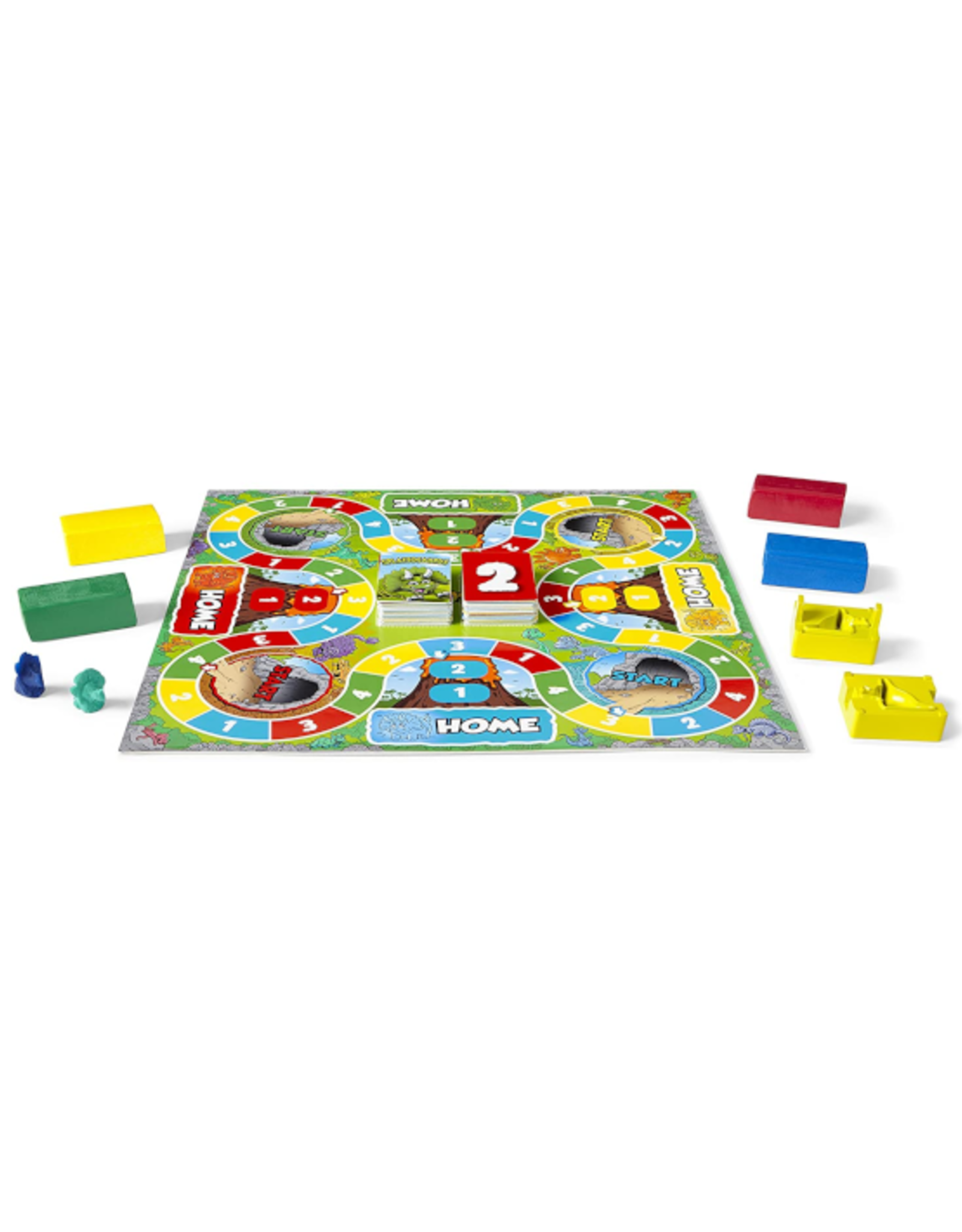 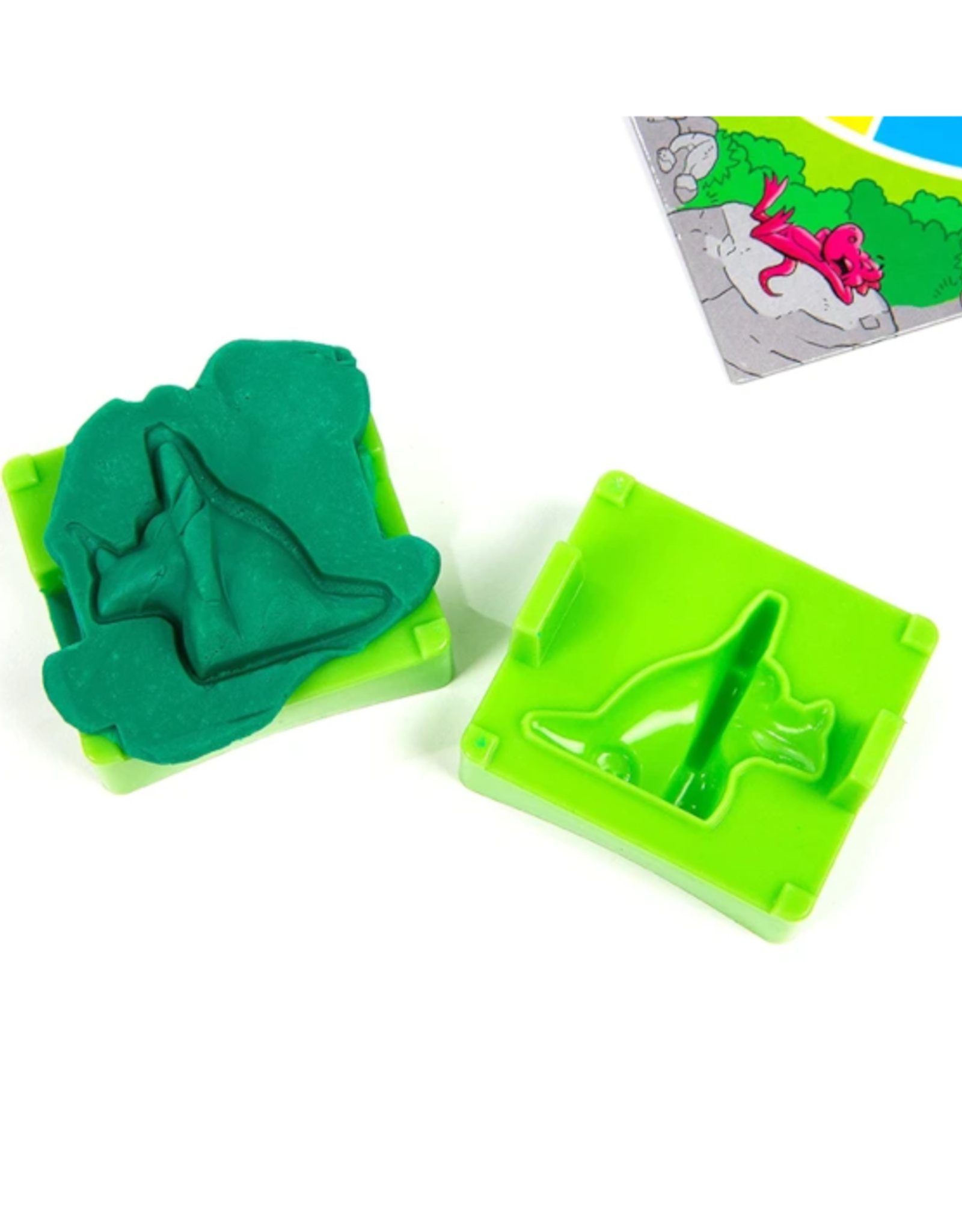 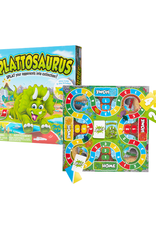 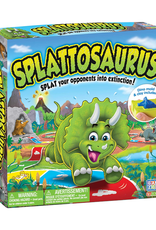 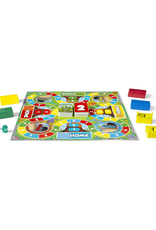 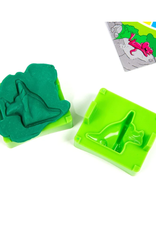 In Splattosaurus, players draw a card from the draw deck and either move their dinosaur to the next matching color OR number on the path. If they draw a SPLAT card, then they will splat an opponent's dinosaur already on the path and draw a second card.

Splattosaurus plays similarly to Candy Land for movement with a take-that element added to it. 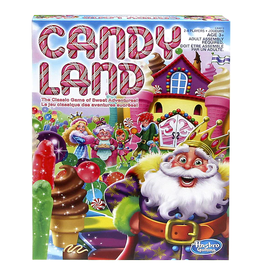 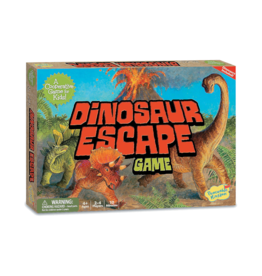 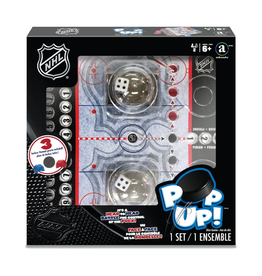 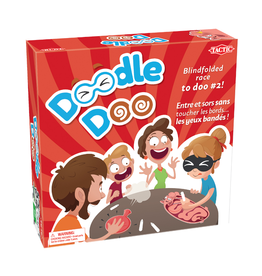 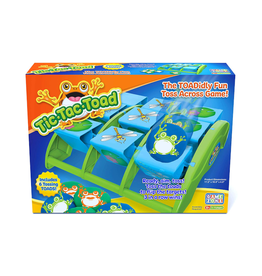 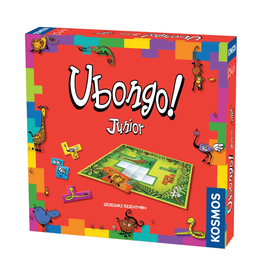 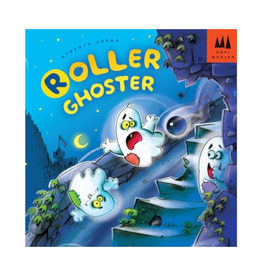 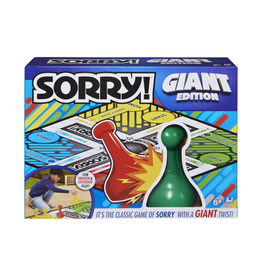