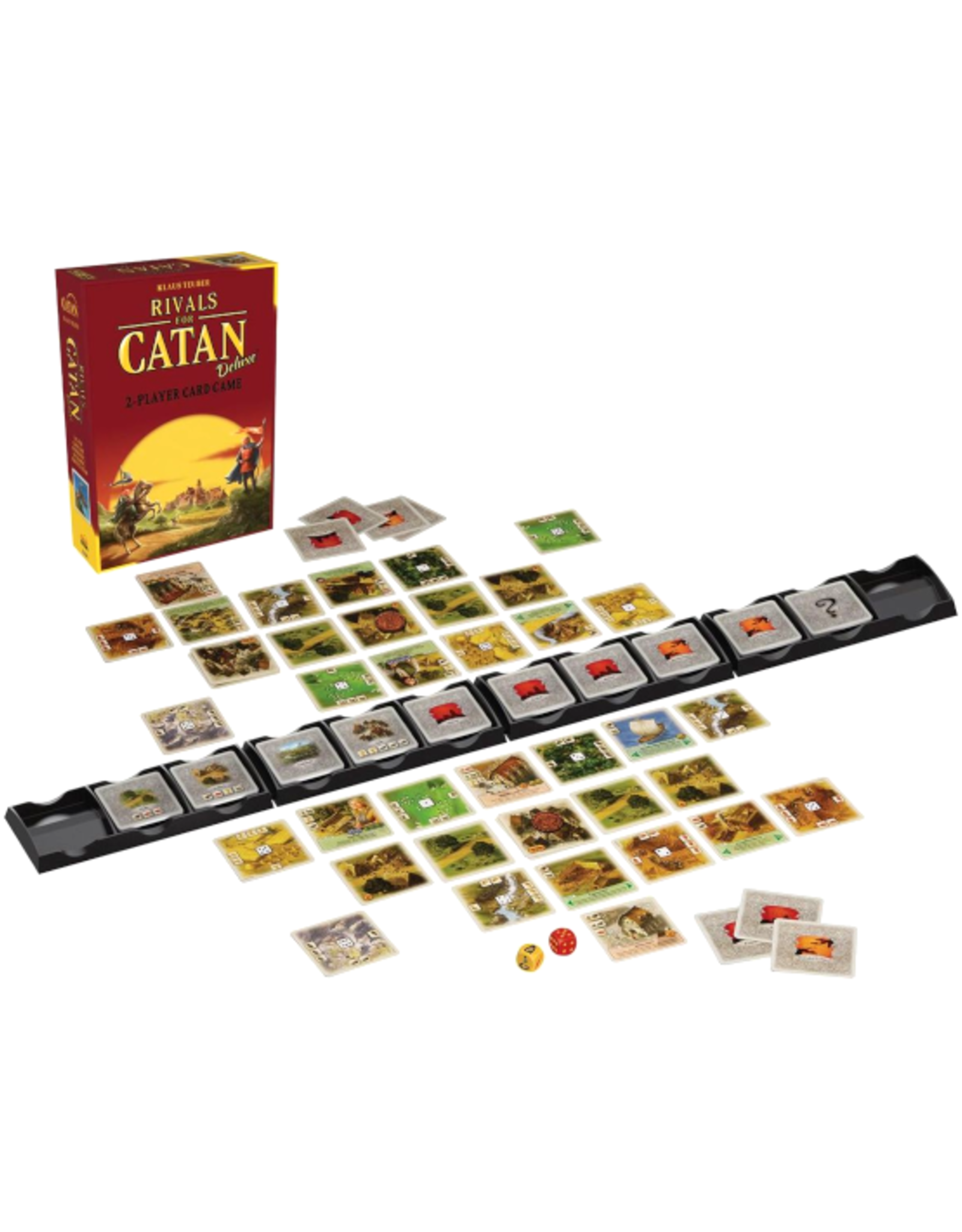 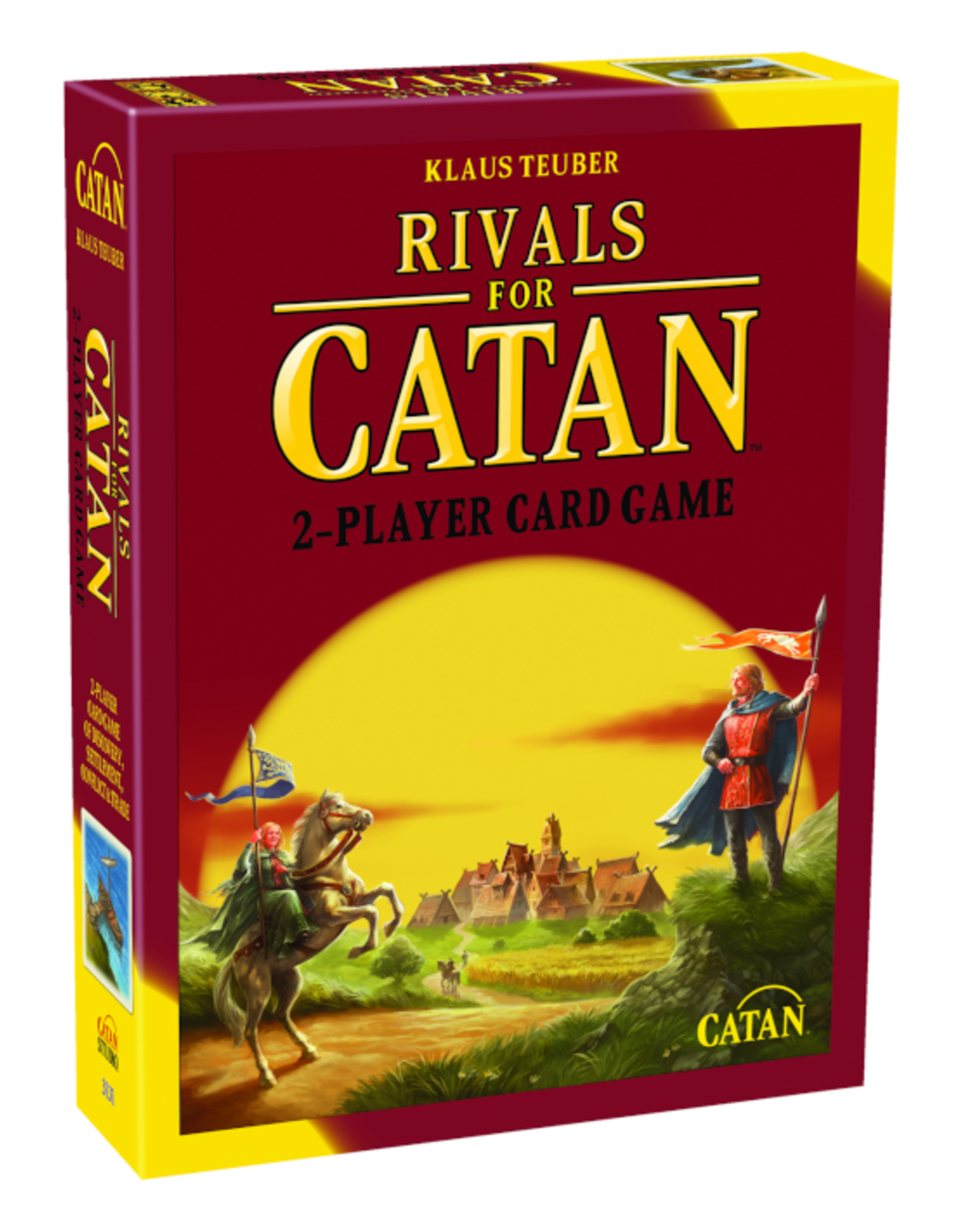 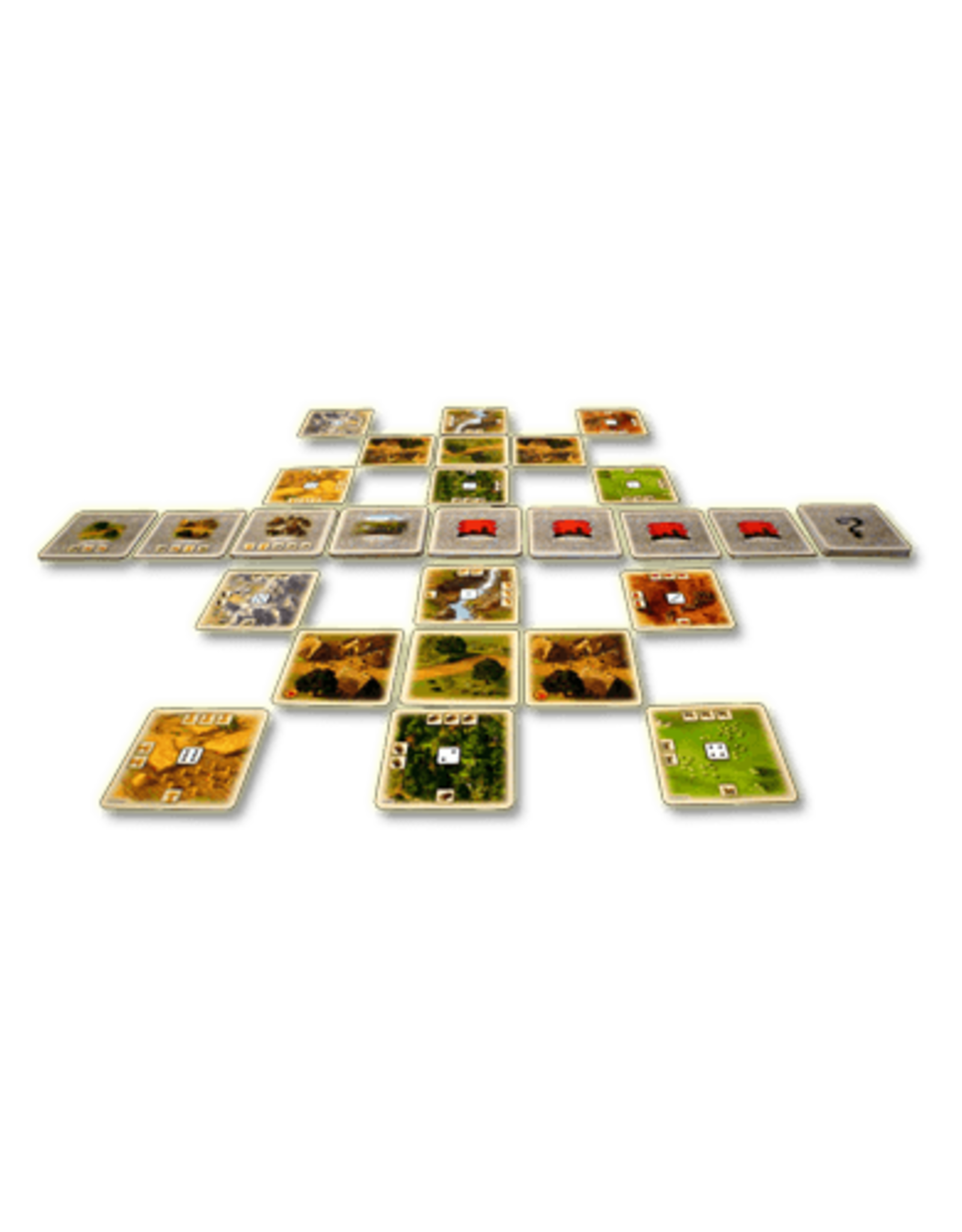 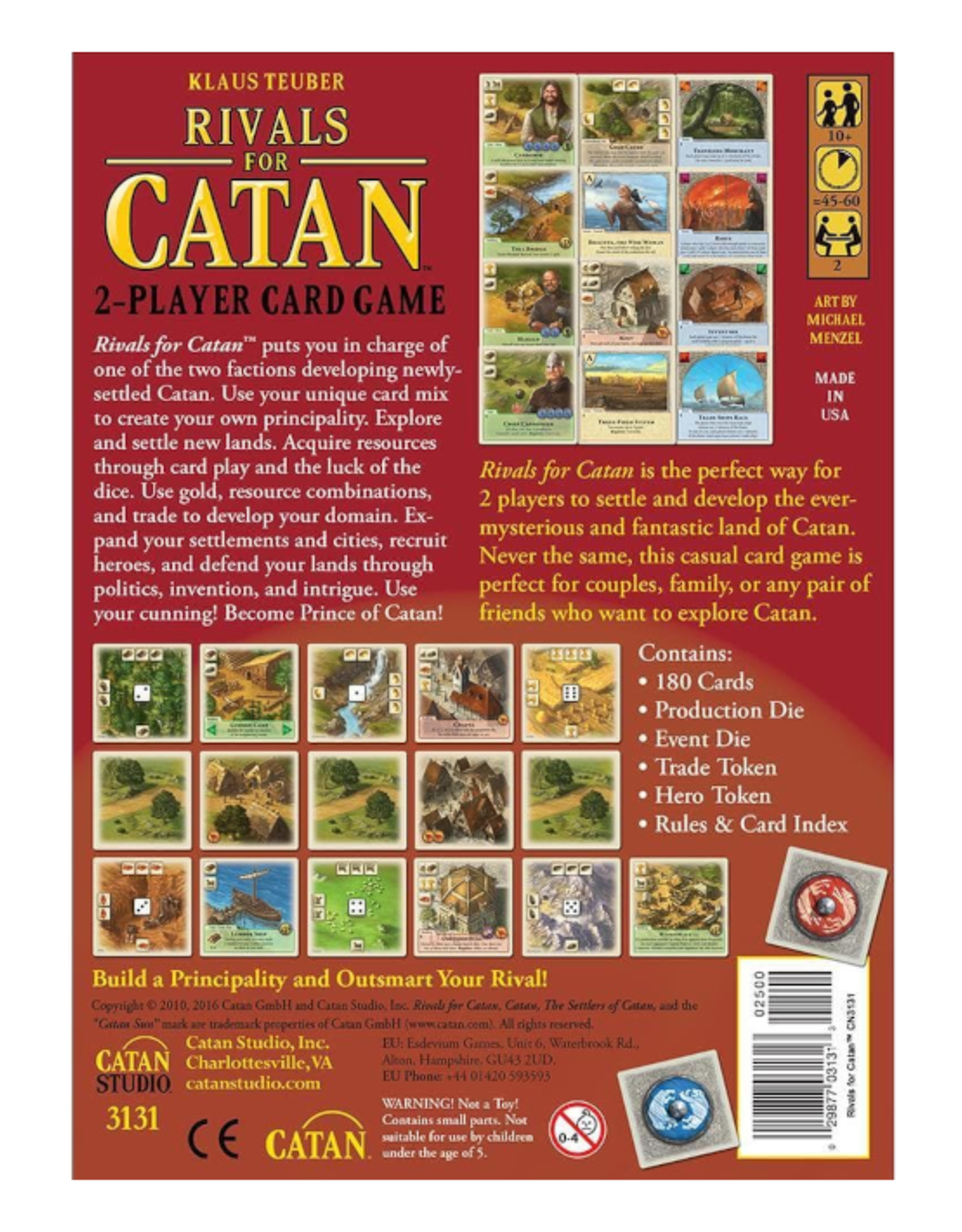 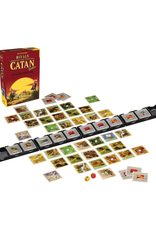 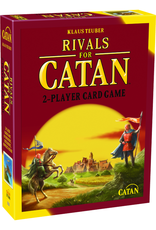 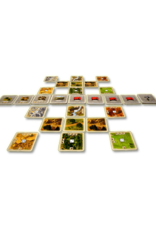 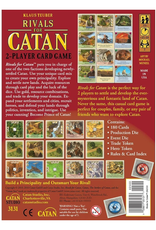 The Rivals for Catan was released in German in September of 2010, on the 15th anniversary of the original card game. An English edition was released in the fourth quarter of 2010. The designer of the game, Klaus Teuber, has stated that he completely reworked many of the original card game's mechanics to make it easier for newcomers to play the game.

Each player portrays a prince for Catan, developing their individual provinces and competing to build a more successful province than the other. The basic mode of play is similar to the original Catan Card Game, where players expand their provinces by building settlements connected by roads. Players may also build expansions in their settlements that aid them in various ways, or upgrade their settlements to cities to allow more expansions to be built. They build these additions by using resources that they accumulate each turn, which are determined by the roll of a die. Cards are drawn on each turn to replenish the players' hands. The players may also use action cards that directly affect either their own province or their opponent's province. 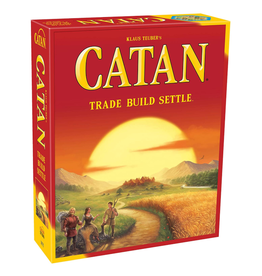 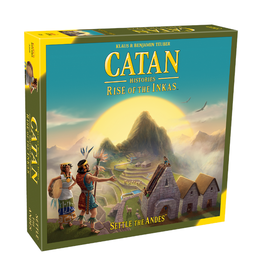 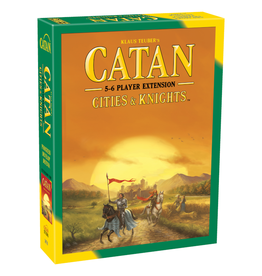 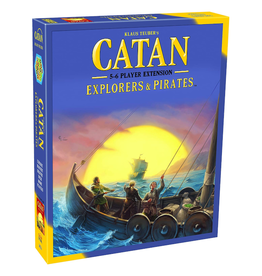 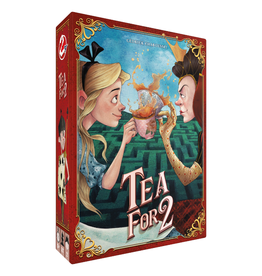 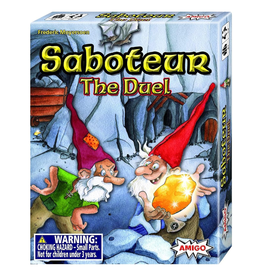